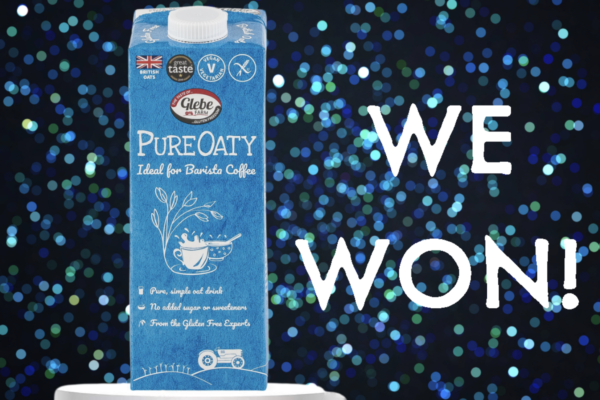 As has been widely reported, Glebe Farm was recently taken to court by multinational oat drink giant Oatly in a matter relating to the name and branding of our PureOaty oat milk, which it claimed was too similar to its own brand.

In a complete victory, in today’s judgement the judge has dismissed ALL of Oatly’s claims of trade mark infringement and passing off.

Phillip Rayner, owner of Glebe Farm is delighted about the verdict and explains:

“We have had the threat of this court case – which has pitched our challenger brand against Oatly’s multinational business – looming over us for more than a year. We have always felt certain that we have done nothing wrong, and we were determined to fight Oatly’s claims that our brands were similar – something that is now proven to be wrong.

“You only need to look at the two products and packaging side by side to appreciate how different these brands are, and how unnecessary this legal action was.

“We greatly appreciate the huge support that PureOaty and Glebe Farm have received from around the world including 130,000 signatures on a change.org petition; and many comments online have described this as a true David and Goliath battle.

Philip Rayner continues: “Oatly has claimed that this legal action is just standard business practice. However, it was very clear to us that this was not the case. We decided it was time to stand up to this behaviour, and that in our view ‘corporate might does not make right’.”

“In response to public and industry criticism, Oatly has claimed that it first tried to engage Glebe Farm in ‘constructive conversation’ but in our view a threat of legal action never felt ‘constructive’ and we felt there was no compromise or dialogue offered.”

“It is enormously gratifying that the judge has ruled in our favour, and to see that smaller independent companies CAN fight back and win.

“The facts are that we have never wanted to be an Oatly clone. Pride in our own product aside, as British farmers we do not agree with any brand that comes across as anti-farming in its approach.

“Our brand name is PureOaty because our oat milk is made from pure gluten-free oats and just three other ingredients. The claimant has tried to cast our name incorrectly as “Oaty” as an attempt to include that common word in their brand portfolio. However even if it were Oaty, would you expect everyone to be prevented from using the word ‘milky’ if a large multinational had trademarked ‘Milk-ly’?

“We are pleased to have our trademark position vindicated by the judge.”

The court hearing occurred on 9th and 10th June and examined wide ranging aspects of alleged relevant intellectual property including choice of language and typefaces, the use of the colour blue and the detail of a coffee cup appearing on the PureOaty pack. Glebe Farm’s counsel took time to question the originality of Oatly’s ‘wackaging’ and expressed surprise at the paucity of evidence Oatly brought of any consumer confusion between the brands before heading to court.

Ultimately the judge found that there is no likelihood of confusion between the PUREOATY name and look of the carton, and any of the Oatly trade marks. Further, the judge ruled against Oatly’s allegation that Glebe Farm intended to gain some unfair advantage, and having reviewed all the evidence and contemporaneous documents he was fully satisfied that there was no intention as attributed by Oatly.

Philip Rayner concludes: “There is room in a growing category for alternatives. We’d like to think growth opportunities come from positivity in broadening sector choice, rather than from trying to shut things down and limiting consumer options.

All of us at Glebe Farm are excited to put this matter behind us now so we can focus our time on serving our loyal customers and the British public with pure, sustainable oats and oat milk without corporate lawsuits distracting from our day-to-day priorities.

The judgement can be found here: Oatly Vs Glebe Farm Judgement 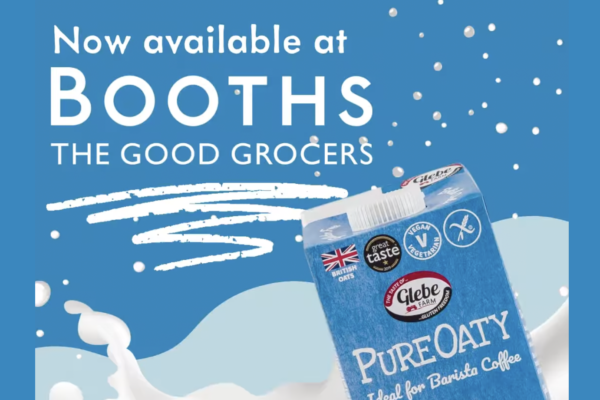 PureOaty is now selling at Booths!