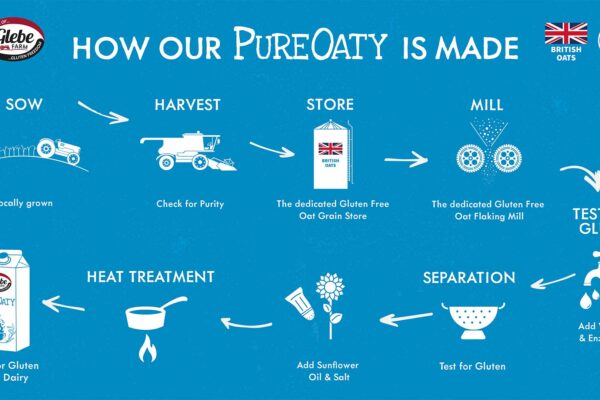 When designing our new PureOaty oat drink, our philosophy was to create something really pure and simple, with as few unnecessary extras as possible. That’s how it ended up with just four simple ingredients: gluten free oats, water, sunflower oil and a touch of salt.

We were uncompromising in keeping to a short list of ingredients, but that doesn’t mean we had to make compromises in the end result: PureOaty is a plant-based alternative to dairy milk which has a creamy flavour, a mild natural sweetness (with no added sugar) and the ability to create a stable microfoam for frothy barista style coffee.

It’s exactly what we set out to do. And all achieved with no added sugar and no gums or other additives thrown into the mix. Rather than adding in all these ‘extras’ the trick was in refining the process till we got it right.

Nonetheless, one big question we had to consider along the way was whether we should ‘fortify’ our oat drink to mimic the nutritional profile of traditional dairy milk.

Dairy milk is high in specific proteins, animal lipids and calcium and this has led many manufacturers of plant-based alternatives to attempt to mirror the perceived benefits of these nutrients by adding to their ingredients list.
One common approach, for example, is to add calcium carbonate (that’s chalk to you and me) in order to tick the calcium box.

Yet the detail is important here. Calcium in this form is not readily absorbed by the body – unless, that is, other exotic ingredients are then also added into the mix to help it pass from the gut into the bloodstream.

That’s the thing about food fortification: one thing tends to lead to another and the consumer can quickly end up with a long list of ingredients on the side of pack which can sound mysterious, or even disquieting.

Ultimately, it is our belief that the well-informed consumer will pick up the nutrients they need through a varied and balanced diet. The food industry has an obligation to be transparent about the genuine nutritional qualities their products offer and the general public can then make informed choices. Trust is key, and simplicity helps support this.

This is particularly true in the case of plant-based consumers, who tend to think very carefully about the food they eat and are well-informed about balanced nutrition.

That’s why we took the call not to fortify PureOaty, and instead developed a product that is as simple as possible. Furthermore we already know that oats are blessed with their own nutritional benefits – being rich in fibre, slow release energy and heart-protecting beta glucan.

So we aren’t pretending to be milk and nor do we want to be. We’re confident in presenting something purely and simply different. And that’s PureOaty.

Don’t use the M word!

Plant based alternatives to dairy milk are growing in popularity with oat variants in particular winning many loyal supporters. This is particularly the case amongst the most discerning of audiences: the coffee-lover.
In comparison to other non-dairy alternatives, oats do not separate when added to hot beverages and have a milder, creamy flavour that complements coffee – rather than overpowering it, which can be the case with other alternatives such as soy and coconut.

We are particularly delighted that, after many months experimenting with the production process, our new PureOaty froths in seconds to create a stable microfoam that doesn’t split and that works perfectly in coffee. All this without us adding sugars, gums or extra nasties. It’s purely British gluten free oats, water, sunflower oil and a trace of salt.

But isn’t it milk? Can we say we’ve created an ‘oat milk’?

Well, EU and UK trading authorities are pretty clear on that front: milk comes from cows and other mammals, and so anything that isn’t derived from animals cannot be labelled as such. What’s more, dairy milk has a pretty unique nutritional profile designed to sustain young mammals through their first weeks on the planet – and we don’t want to add extra things into our PureOaty in an attempt to try and mimic this (see recent article ‘Why we don’t ‘fortify”).
So we won’t be referring to it as milk, and we won’t be pretending it’s the same as traditional dairy by calling it ‘mylk’, ‘m*lk’ or any other variant of the original M-word. It’s PureOaty oat drink – pure and simple. However, you can use it in exactly the same way you would milk. It works a treat in coffee, as well as smoothies, on cereals, and in cooking. It’s also vegan and gluten free which adds to its versatility. 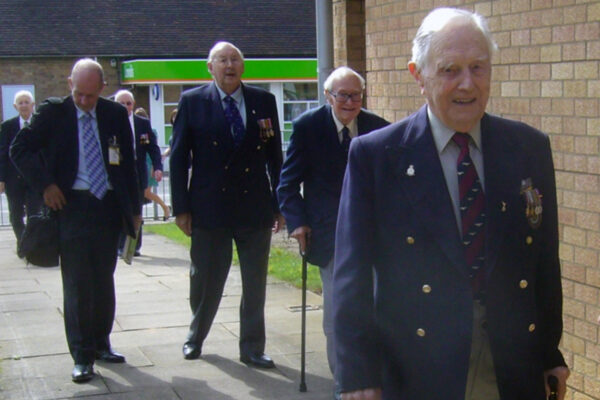 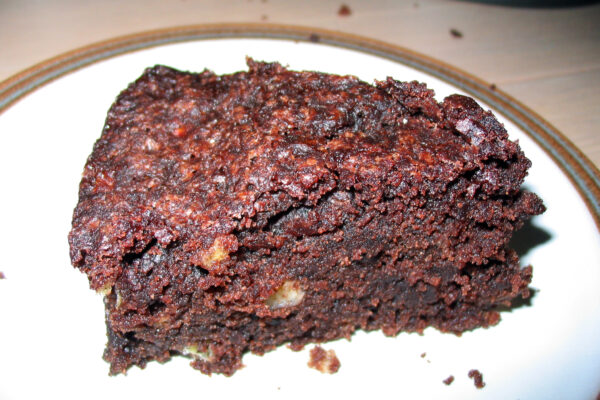 Going Egg Free as well as Gluten and Wheat Free?