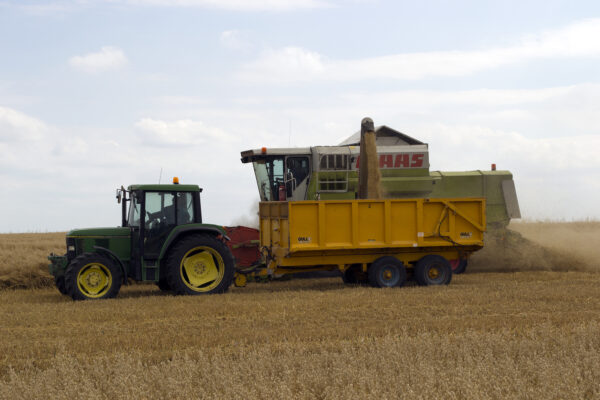 Our 30 year old combine has done us proud! She has had a new face lift and had a new drum this summer and some new electrics.

This year we bought a special rape knife – it is an extension to the combine head so that when the combine cuts the rape, the seeds go on to the table and through the combine rather than on to the field.

Oilseed rape and spring oat yields have been pleasing but unfortunately the yield meter broke so we are only guessing!

Rather than delay harvest we bypassed the yield weigher and carried on combining. We can only judge by the frequency of trailers being emptied and by the number of lorry loads of rape being carted away.

Ted and Mick are tractor driving. They are three ‘old timers’ but …with heaps of experience. David was at Glebe Farm when he was 15 year, then left, and returned to us when my father died in 1994.  He has now celebrated 20 years with us so I gave him a present. He has now done 48 harvests and certainly knows the combine inside and out!

Ben, our young recruit has started on cultivations with some pigtail tines, tickling the soil to encourage weeds to chit. Later, the weeds will be killed to ensure the seed bed is as clean as possible for the next year’s crop. On a secondary note this soil movement will loosen compaction and Marc will start metal detecting soon to see if there are any WW2 aeroplane pieces. Every year the moving of the soil will bring up more finds to the surface.  Sunday 16th August marks the Pathfinder Memorial Weekend which we will follow up with a blog next time.

We are also having some filming done at Glebe Farm moment as we combining the gluten free oats to ultimately highlight Glebe’s story of ‘farm to fork’. The filming will show the harvesting, cleaning, oat flaking, gluten free quality testing and bagging. We will then go into the kitchen to make up some gluten free recipes.

So watch this space for our new video! 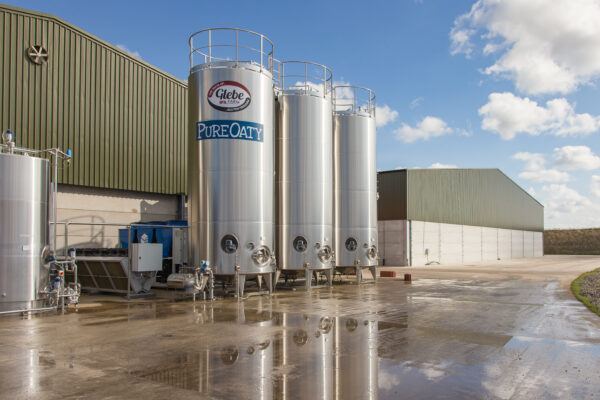 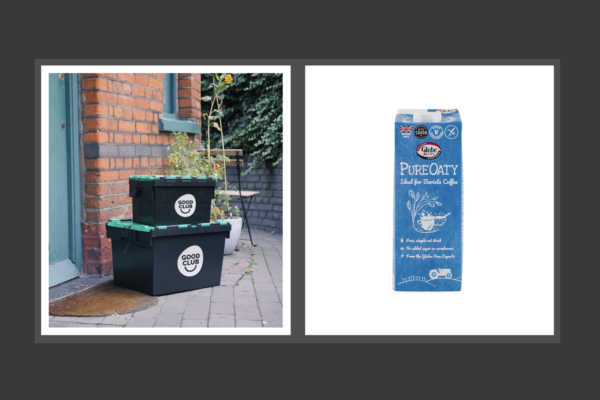